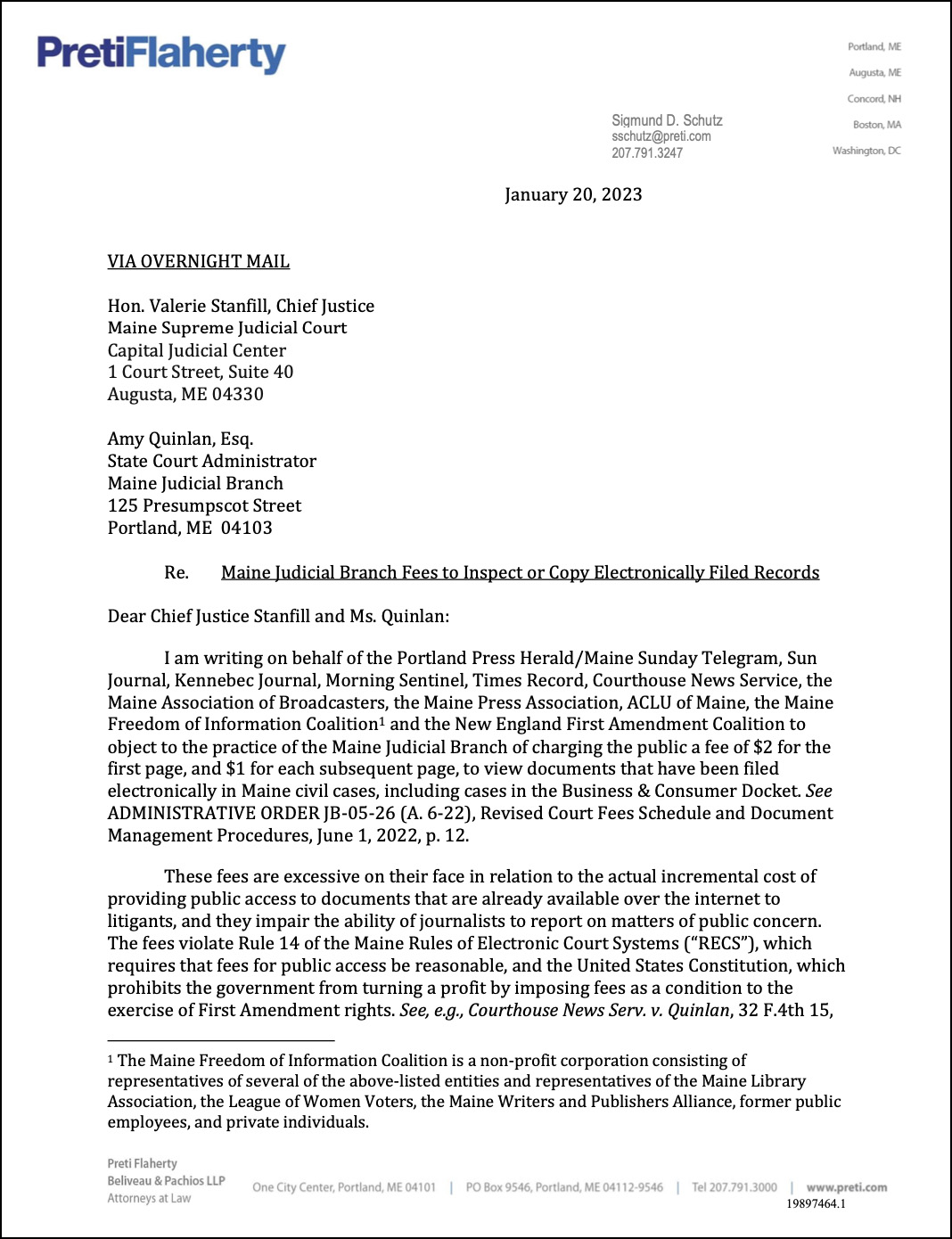 Such fees, the groups explained in a Jan. 20 letter, are a violation of state court rules and the First Amendment.

“These fees are excessive on their face in relation to the actual incremental cost of providing public access to documents that are already available over the internet to litigants,” the groups wrote, adding that the fees also “impair the ability of journalists to report on matters of public concern.”

Attorney Sigmund Schutz, a partner at Preti Flaherty and a member of NEFAC’s Board of Directors, wrote the letter on behalf of the coalition and media organizations.

In the letter, Schutz explained that Rule 14 of the Maine Rules of Electronic Court Systems requires that fees for public access be reasonable. The United States Constitution also prohibits the government from turning a profit by imposing fees as a condition to the exercise of First Amendment rights.

“These excessive fees constitute a real impediment to journalists trying to report on cases being litigated in the Business Court in particular, where all filings are electronic and where high-profile cases of public interest are often litigated,” Schutz explained. “Judicial dockets often feature hundreds or even thousands of pages of documents that an investigative reporter, or a curious member of the public, must read to understand what is happening in the case. These fees are untenable for journalists who need to conduct careful reviews of case files, for researchers and academics, or for concerned citizens.”