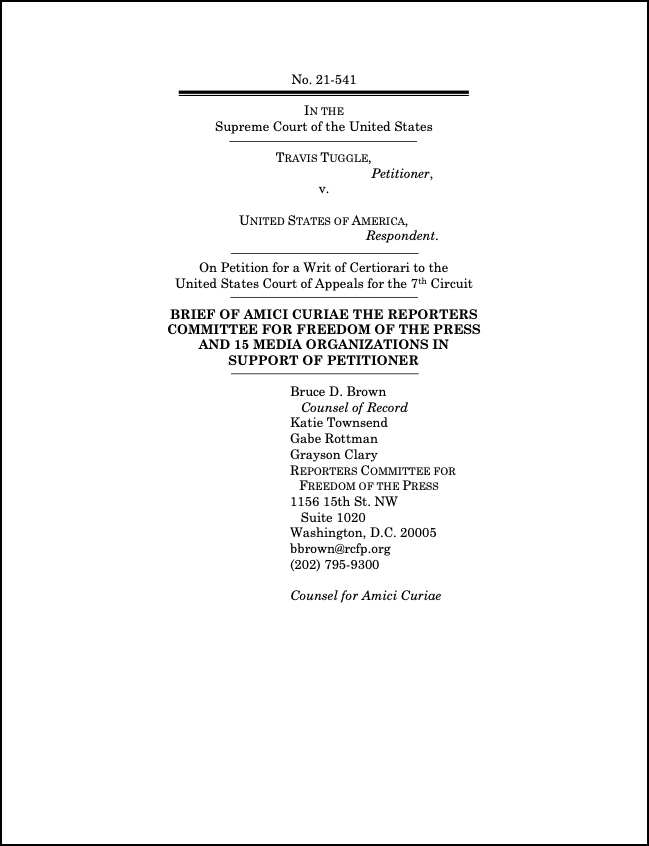 The New England First Amendment Coalition recently argued against government surveillance that could threaten press freedoms in the region and throughout the country.

In a Nov. 11 amicus brief — drafted by the Reporters Committee for Freedom of the Press and filed in the U.S. Supreme Court — NEFAC and other media organizations explained that targeted, persistent camera surveillance infringes on First Amendment freedoms, including the right to gather news.

“To stake out an ‘observation nest’ near a constitutionally sensitive location — a newspaper office, a home, a church — is an old trick of security agencies hoping to out reporters’ sources and cut the flow of newsworthy information to the public,” explained NEFAC and fellow amici.

The Seventh Circuit held earlier this year that the government may engage in long-term, targeted camera surveillance of a home without needing a warrant or to show individualized suspicion. The defendant in the case, Tuggle v. United States, is now asking the U.S. Supreme Court to address the issue which has been decided differently among federal appeals courts.

“Experience teaches us that a ‘too permeating police surveillance’ will predictably intrude on the newsgathering process — exposing stories pursued, journalistic methods employed, and the identifies of sources consulted,” according to the brief. “And because in-person meetings play a crucial role in reporter-source relationships, location tracking, in particular, has long been a tool employed by officials hoping to investigate and ultimately chill disclosures to the media.”

Leadership Circle donors for 2021 include Hearst Connecticut Media Group, The Boston Globe, Paul and Ann Sagan, and the Robertson Foundation. Major Supporters include Boston University, WBUR-Boston and the Academy of New England Journalists.