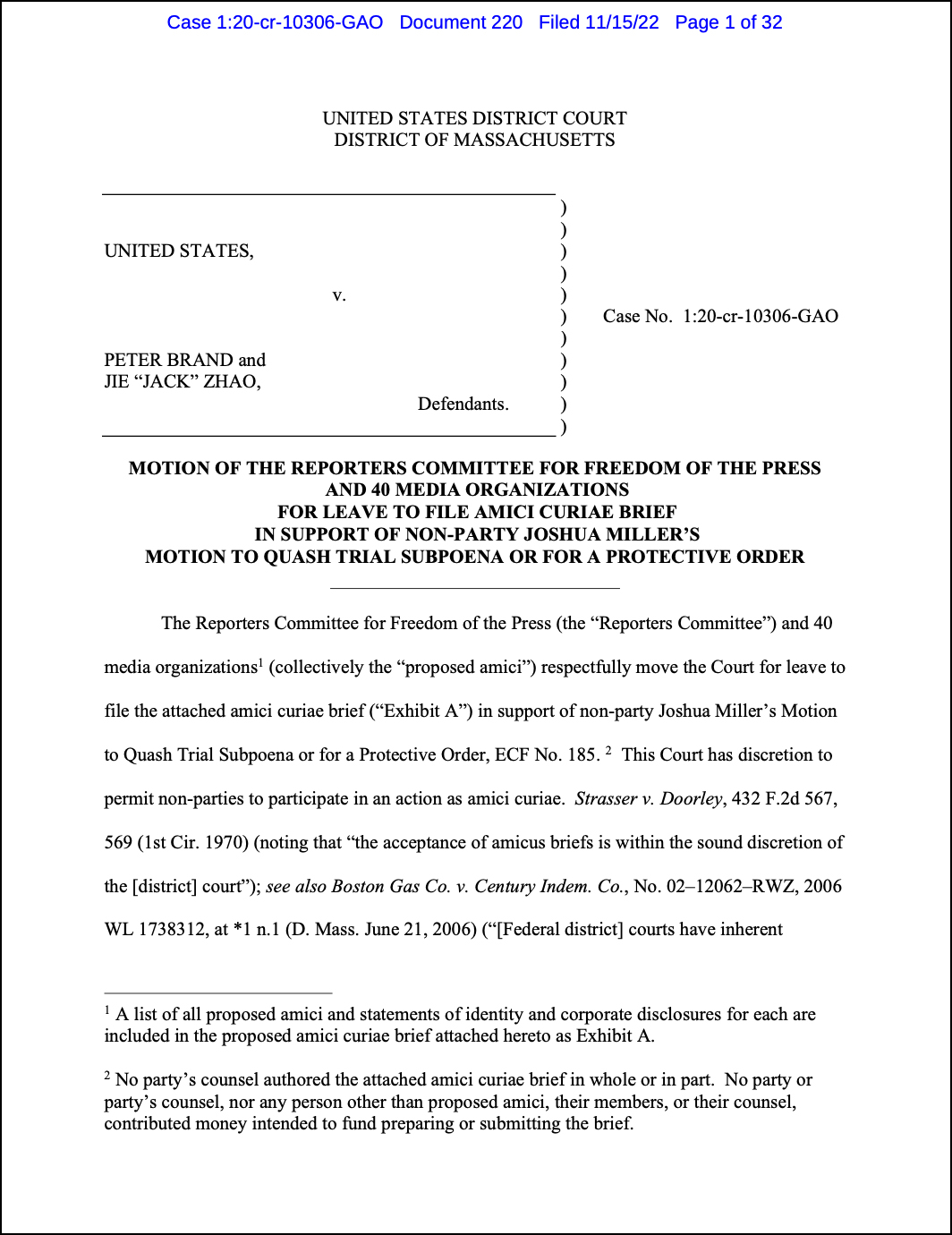 The New England First Amendment Coalition recently joined more than 40 media organizations to argue that a subpoena requiring a Boston Globe reporter to testify in a federal criminal case would have a chilling effect on newsgathering.

“Compelling reporters to testify about their communications with sources — even on-the-record, nonconfidential conversations — harms the newsgathering and reporting process, to the ultimate detriment of the public,” explained the groups in a Nov. 15 amicus brief drafted by the Reporters Committee for Freedom of the Press and attorney Robert A. Bertsche, a partner at Klaris Law and a member of NEFAC’s Board of Directors.

NEFAC and fellow amici argued in the brief that a subpoena “embroils reporters in time-consuming litigation and diverts news organizations’ already scarce resources away from newsgathering and reporting — burdens that weigh especially heavily on journalists who regularly investigate and report on matters that could involve potential criminal activity, and thus whose interviews and other work product could regularly be the target of federal prosecutors.”

The brief was filed in U.S. v. Brand, et. al., a case being heard in the United States District Court of Massachusetts. The case involves a Harvard University admissions scandal that was reported by journalist Joshua Miller, now politics editor for The Boston Globe. Federal prosecutors issued a subpoena to Miller in October ordering him to appear in court to testify in the trial.