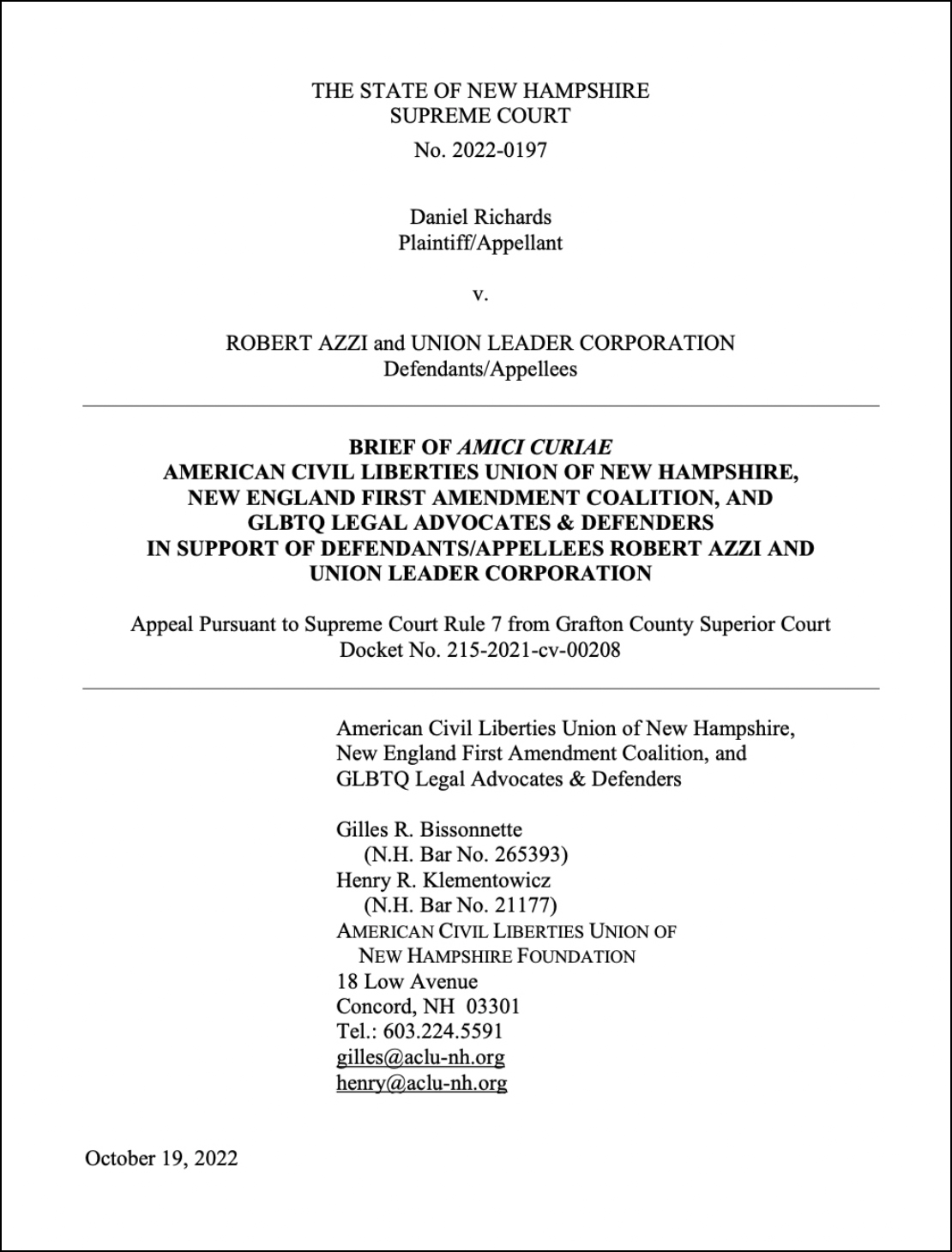 The New England First Amendment Coalition and other advocates filed an amicus brief before the New Hampshire Supreme Court today arguing in support of the First Amendment right to criticize individuals on matters of public concern.

The plaintiff in Richards v. Azzi and Union Leader Corp. is attempting to use state defamation law to punish critical comments made about him in a newspaper op/ed.

Allowing the plaintiff to do so, explained NEFAC and fellow amici in the Oct. 19 brief, “would not only chill robust debate on matters of public concern, but also would potentially cause media outlets, out of a fear of vexatious litigation, to self-censor the vital fora that they create for members of the public to debate important issues of the day.”

NEFAC is joined in the amicus brief by the GLBTQ Legal Advocates & Defenders and the American Civil Liberties Union of New Hampshire, which drafted the brief on behalf of the organizations.

The op/ed in question stated that the plaintiff and others are “[d]esperate to stay bonded to America’s original sins of slavery and genocide of indigenous peoples,” and have “disseminated, across multiple media platforms, white supremacist ideology to keep Americans from learning an unexpunged American history from its 1619 origins along-side the dominant White 1776 narrative.”

In their brief, amici argued that these two statements are not actionable under the First Amendment and the New Hampshire Constitution. It is well established that an accusation of bigotry is a protected expression of opinion, they explained.