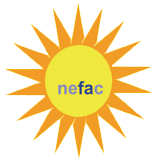 he New England First Amendment Coalition will be joining open government advocates for the next seven days to celebrate the 11th annual Sunshine Week.

This national campaign, from March 13-19, is an initiative to promote a dialogue about the importance of transparency and freedom of information. Participants include news media, civic groups, libraries, non-profits, schools and others interested in the public’s right to know.

The celebration comes less than a month after NEFAC hosted its New England First Amendment Awards, an annual luncheon to honor those who are fighting on behalf of that basic democratic right. This year’s honorees represent three different, yet extremely important, players in the fight for access to government information: An elected official creating policy, a journalist relentlessly pursuing information, and a private citizen demanding government accountability.

U.S. Sen. Patrick Leahy, who has spent much of his long career in the Senate championing government transparency, accepted our 2016 Stephen Hamblett First Amendment Award, emphasizing the need for more public access: “[G]overnment accountability requires unending struggle to defend the public’s right to know. Sunshine, not secrecy, should be the default setting.”

That sunshine — a reference to a famous quote attributed to Justice Louis D. Brandeis — can have life or death consequences. That’s not hyperbole as any reader of Jenifer McKim‘s “Out of the Shadows” series would know. McKim, recipient of our Freedom of Information Award, investigated the failings of the Massachusetts Department of Children and Families, finding that children were dying because of a lack of oversight by this government agency. Her reporting required months of negotiating with public officials, dozens of public records requests and thousands of dollars in fees for those records.

As McKim and her colleagues at the New England Center for Investigative Reporting found, sunshine comes at a price. For journalists and media organizations it’s a cost of doing business. But for private citizens who aren’t responsible for informing readers, that cost is often enough to shrug off the perils of secrecy and accept darkness where there should be light.

Michael A. Champa, however, decided the risks of inaction were simply too high. Champa, a Boston resident and recipient of our Antonia Orfield Citizenship Award, believed the process schools use to pay the expenses of parents with disabled children had become unbalanced and favored the wealthy — he just didn’t have any evidence to support his hunch. So, he requested the settlement agreements made by one school district and when the district denied the request, Champa fought for those records all the way to the Massachusetts Supreme Judicial Court personally spending tens of thousands of dollars in legal fees. He won the case and obtained public records showing a disparity between the amount of money paid to different parents of children needing the same accommodations.

“In the push to improve our public access laws we forget that public access has a face,” Champa said. “It’s the face of ordinary citizens trying to understand their government in order to make an informed decision or expose a wrong.”

Whether a senior member of the Senate, an award-winning journalist, or a concerned citizen, we all have a stake in ensuring government transparency. We all have so much to lose by not knowing, by not understanding, by not seeing what occurs in those dark corners of government. That is why sunshine is needed. To not just lighten, but to enlighten.

Sunshine Week is both a call to action and a reminder that the work of open government advocates — like Leahy, McKim, Champa, and the many others throughout New England — is vital to the public’s well-being. While our reasons for pursuing information may differ, our objectives should not: protect the right to know and the ability to hold government accountable.

In honor of Sunshine Week, NEFAC is partnering with the Nackey S. Loeb School of Communications in Manchester, N.H., on March 15 to discuss that state’s Right to Know Law. The discussion begins at 7 p.m. at the Loeb School and features many freedom of information experts, including NEFAC’s William Chapman,Rick Gagliuso and Gregory V. Sullivan. More information about the event can be found here.

As we do each year, we will also be providing daily blog posts addressing transparency concerns throughout the region. These reports will be written by some of the area’s leading advocates for open government and will collectively provide a sense of the progress being made — and the challenges that still exist — throughout all six New England states.

Transparency in Massachusetts: An Unfulfilled Mandate, Not an ‘Unfunded’ One
Shawn Musgrave | New England Center for Investigative Reporting

And lastly, NEFAC temporarily replaced its familiar blue logo with a sun, a small reminder of what we all will be celebrating this week, the spirit of Brandeis’s words:

“Publicity is justly commended as a remedy for social and industrial diseases. Sunlight is said to be the best of disinfectants; electric light the most efficient policeman.”

Our coalition is funded through contributions made by those who value the First Amendment and who strive to keep government accountable. Donations can be made here. Major Supporters of NEFAC for this year include The Providence Journal Charitable Legacy Fund, The Boston Globe and Boston University.