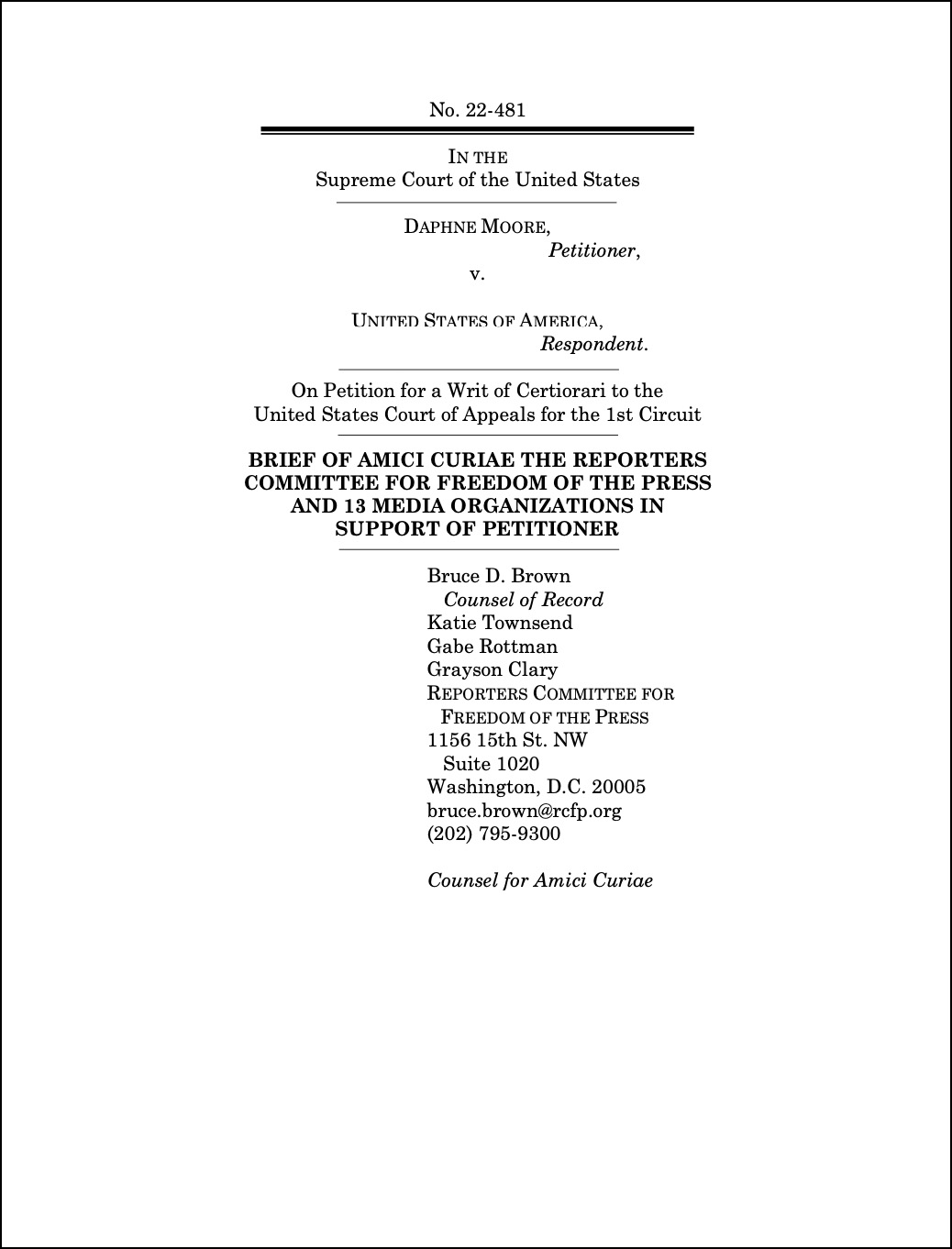 Such monitoring, the groups argued in a Dec. 21 amicus brief, threatens First Amendment freedoms and the right to gather news.

“Under the rule that still governs in the First Circuit, investigators could station a permanent, never-blinking eye with an indefinite memory outside any sensitive location on bare curiosity — on the off-chance, say, of catching the next Neil Sheehan visiting the next Daniel Ellsberg’s apartment,” explained NEFAC and fellow amici, referencing the late New York Times reporter and Pentagon Papers whistleblower.

The amicus brief — drafted by the Reporters Committee for Freedom of the Press — was filed with the U.S. Supreme Court. The court is considering a petition to hear Moore v. United States of America, a case that divided the U.S. Court of Appeals for the First Circuit and mirrors similar divisions in lower courts about the constitutionality of unflagging surveillance.

“The technology at issue in this case poses an untenable threat to confidential association, and with it the freedom to gather news,” according to the brief. “Too many lower courts have acquiesced in a framework that would give the government discretion to surveil citizens in the most constitutionally sensitive of locations without a quantum of suspicion — to keep, among other predictable targets, inquisitive reporters and suspected sources under constant supervision. The press could not, under that scrutiny, provide the vigorous check on government that the Constitution recognizes and protects.”